Growing up with arts 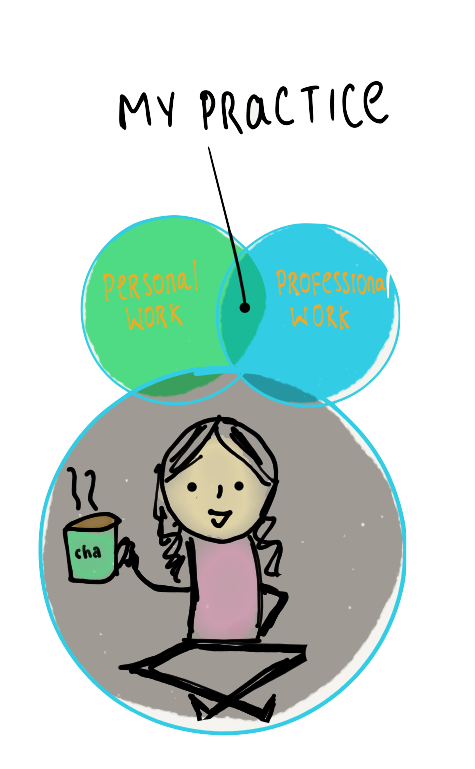 I was lucky to have an early start in the Arts, beginning my study of Carnatic music and Bharatanatyam at the age of three. My instructions began simply with the basics of motion, gesture and emoting, but over the years I progressed to an advanced practitioner.

I had my first formal performance at the age of 8, and since then have continued to practice and perform throughout the years.

As a practising artist, I have developed a deep appreciation of the language of dance, a nuanced understanding of how music both leads and follows in a performance and a wide knowledge of Indian mythology, culture and traditions. Having studied under a classical lineage of guru-shishya parampara, I was taught to place an emphasis on the freedom on expression art offers, while also inculcating a sense of ethical responsibility in exercising that freedom. 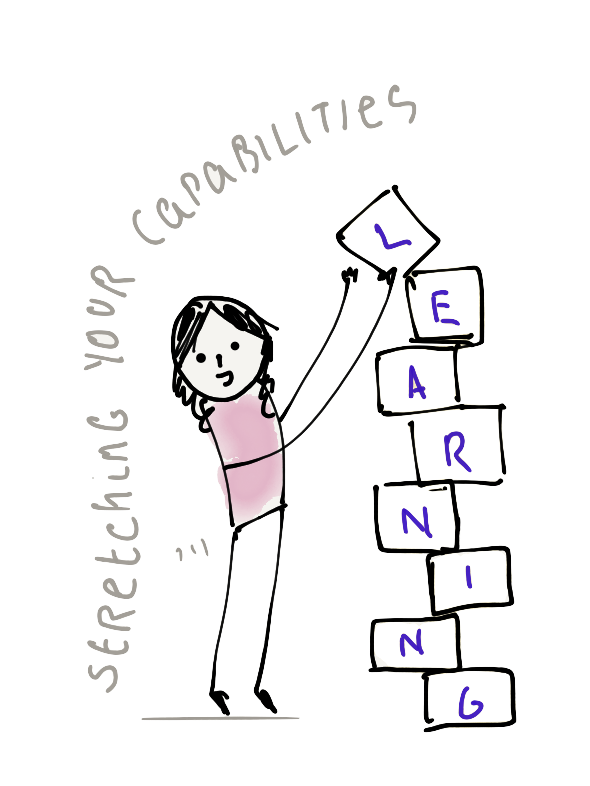 I studied Computer Science in college, partly out of an interest in the subject and partly because I wanted to keep a strict separation between my art life and my professional life. Over four years of the bachelor’s degree, I learned to get comfortable with picking up technical skills and exploring topics that have come to control our everyday life: from artificial intelligence and computer vision to advanced topics in programming.

This phase, while offering me pockets of topics I was interested in, did not give me a clear sense of what my working life would be like. I felt some aspects of creativity missing and I craved to find an avenue to express myself.

First taste of the real world

Post my studies, I was placed as an engineer in Wipro and shifted from Chennai to Bangalore. A number of things changed for me at this point: I could pursue the beginnings of an independent life in a new city, I made new friends and started to explore various professions. At Wipro, I was quickly put in a position of responsibility, and learned that I was good at coordinating and managing things in a small group of people. I found this unexpected as I never see myself as someone comfortable with meeting and managing people everyday. 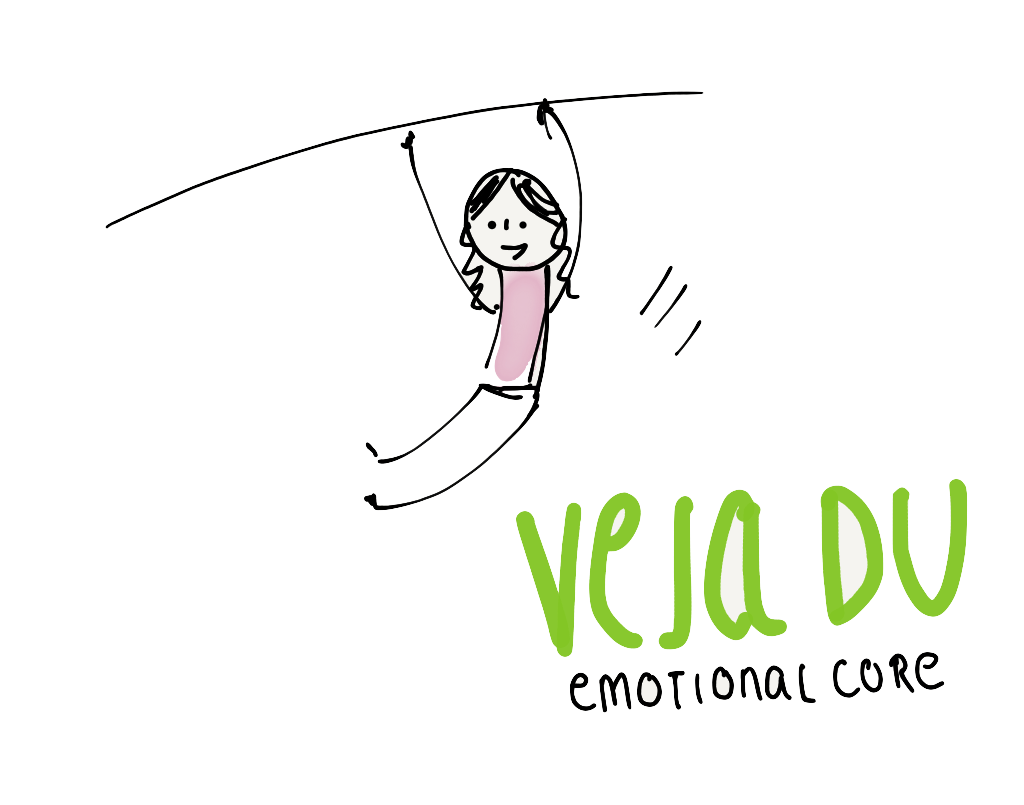 When the time came for us to be separated into projects, I was offered to work in a long-term project in Hyderabad. At this point I needed to make a decision, particularly because the project required a bond from the employees. Seeing that my programming skills were not sufficient at this point and a corporate environment would lack the kind of learning and growth I saw for myself, I made the difficult choice of quitting the company.

I joined Geekskool, a three-month programming bootcamp, right after leaving Wipro. I was looking for that missing disconnect between the technical and the creative world. I felt my programming skills were not up to par and spent a significant portion of my time learning to get better at programming. A distinction soon became clear to me: there were programmers who primarily worked on interfaces with a focus on the visual design, interaction and behaviour, and programmers who largely worked on managing and transforming data that powered the interfaces behind the screen.

Given my interest in finding something creative, I chose to focus on interfaces and put my energy into learning to become a frontend developer. Several of my projects at this point were focused on creating visual results with code — from a small game, a paint app and a polar clock, all interactive and visual applications built with code. I enjoyed working on these projects and saw an inkling of what I wanted to do as a professional here.

Back into the fray

After Geekskool, I joined a small startup working on an educational product for schools and colleges. I worked on their dashboard and interface, with a heavy focus on data visualization. I preferred working in a smaller company as there were more opportunities for me to learn and grow. At the same time, I started to learn more about visual design as a profession. While my work involved a great deal of working with design, the code-first approach always felt lacking to me. I started to make a distinction between design and art: design requires being able to rationalise your decisions and view them from the perspective of the user, while art is more free-form and focuses on expressing the artist’s vision. I found that I was lacking in this fundamental skill and that there was little scope for me in developing as a designer in a startup environment.

Two observations lead me from working as a developer to seeking a deeper understanding of the design field. First, I wanted to learn the design skills that I had found lacking in my practice and second, I felt design as career would offer me more opportunities to engage in creative work. Driven by this curiosity and a resolve to fully explore visual design, I stepped into the next phase of my career. 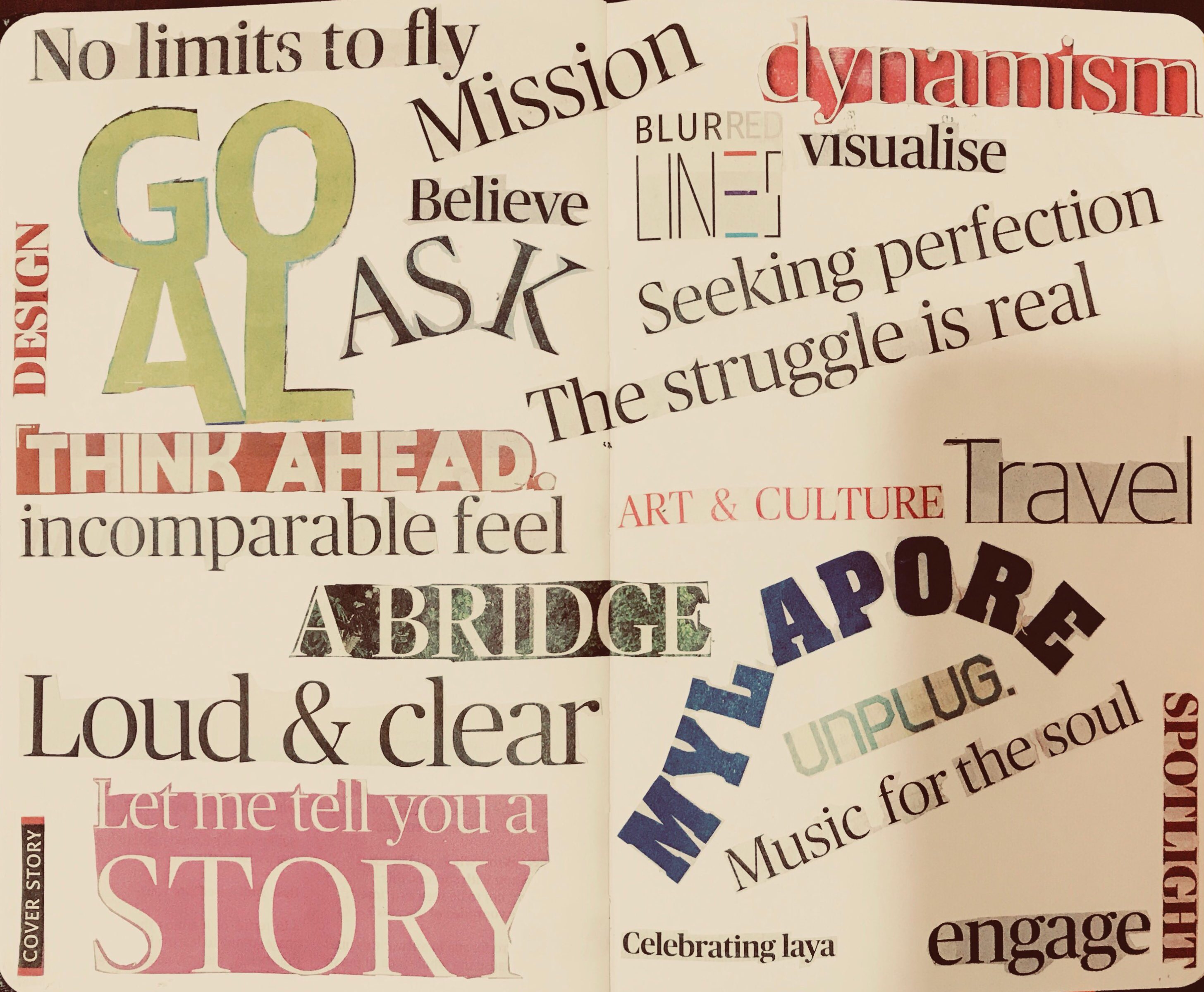 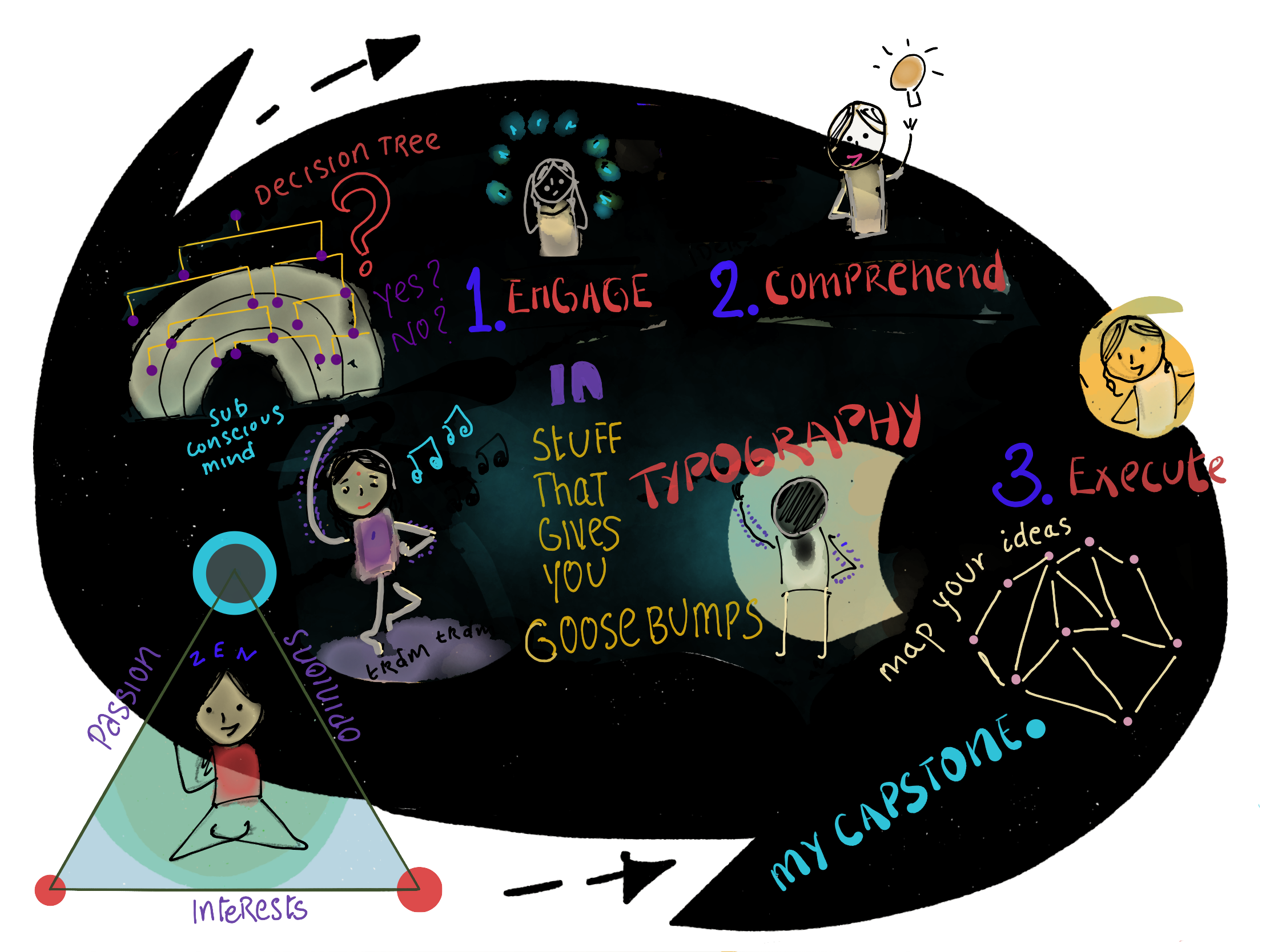 After moving out from my job, I made a dedicated resolve to find the best design studios in the city and learn from them as much as I could about design. I made lists of different studios, spoke to several of them and interviewed as an intern. After a few weeks of trying, I joined Happy mcgarrybowen, a well-known design studio as an intern for a period of six months. I opened photoshop for the first time, learned about advertising and branding and packaging and saw the various roles and practices within the company. One of the major influencing factors for me was to find a good mentor who saw me as someone sincerely curious about the field and working hard to find my place in it. This experience gave me a sense of what I would like to work on in the future (such as identity and publication design) and what I would not be a great fit for (such as advertising).

I participated in a few projects during the time and spoke to as many people as I could. I discovered the various schools offering a degree in design and the different branches that people studied. Seeing how much I was fascinated by this work, I made the resolve to pursue a Master’s in design. I took up a short-term fine arts course at Chitra Kala Parishath, a reputed institution for arts. The course gave me a good exposure into working with various media, from clay sculpting to print making. The library at CKP was a fascinating place for me, with numerous books on design and art. I devoured these as I began to prepare my portfolio and ready myself to apply to design school. I made a list of schools I wanted to apply to and started the long road to applying, giving exams and presenting my portfolio.

I was accepted to join the Master’s degree at Srishti in Visual Communication. Having worked a little in the field and prepared myself, I was ready to work towards building a solid foundation now. In the year and half so far, I have learned so much working with faculty I deeply admire, exploring every fringe and corner of the field and finding my voice within it. My projects varied from studying color and typography, to making books and banners, to designing signages and websites. I grew more confident in my use of visual design. 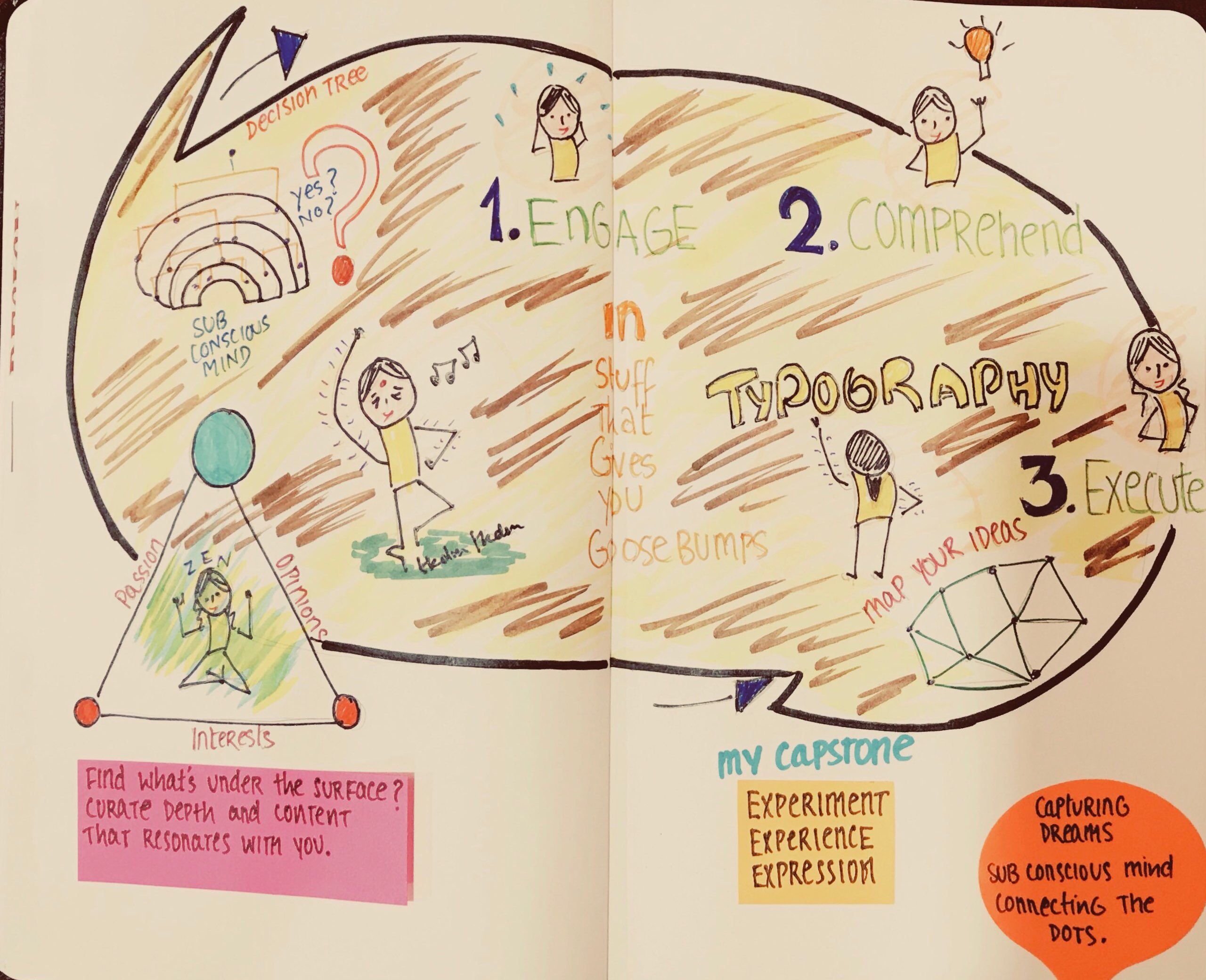 I discovered my love for typography and type design. One of the key projects in discovering this interest was the Text & Image studio, mentored by Kumkum Nadig. I designed a book with different iterations of expressing the same poem (Tolkien’s I Sit and Think) by breaking down and combining different elements of design. This project clearly portrayed the expressive power of type to me in print media. I participated in various typography related conferences, workshops, type walks and competitions and built a better understanding of the depth and beauty of type.

I learned the skills for creative coding. As part of my Independent Study, I took up Processing, a creative coding platform, popular among designers. This experience gave me the fundamental skills of combining code and design to create dynamic forms beyond static media. Processing is a fascinating project as it so clearly the expands the scope of what designers can build without burdening them with the tedium of coding from scratch. I read widely about transmedia typography, studied the works of designers like Saul Bass and Neville Brody (to name a few), and slowly understood the scope of programmatic, rule-driven design. 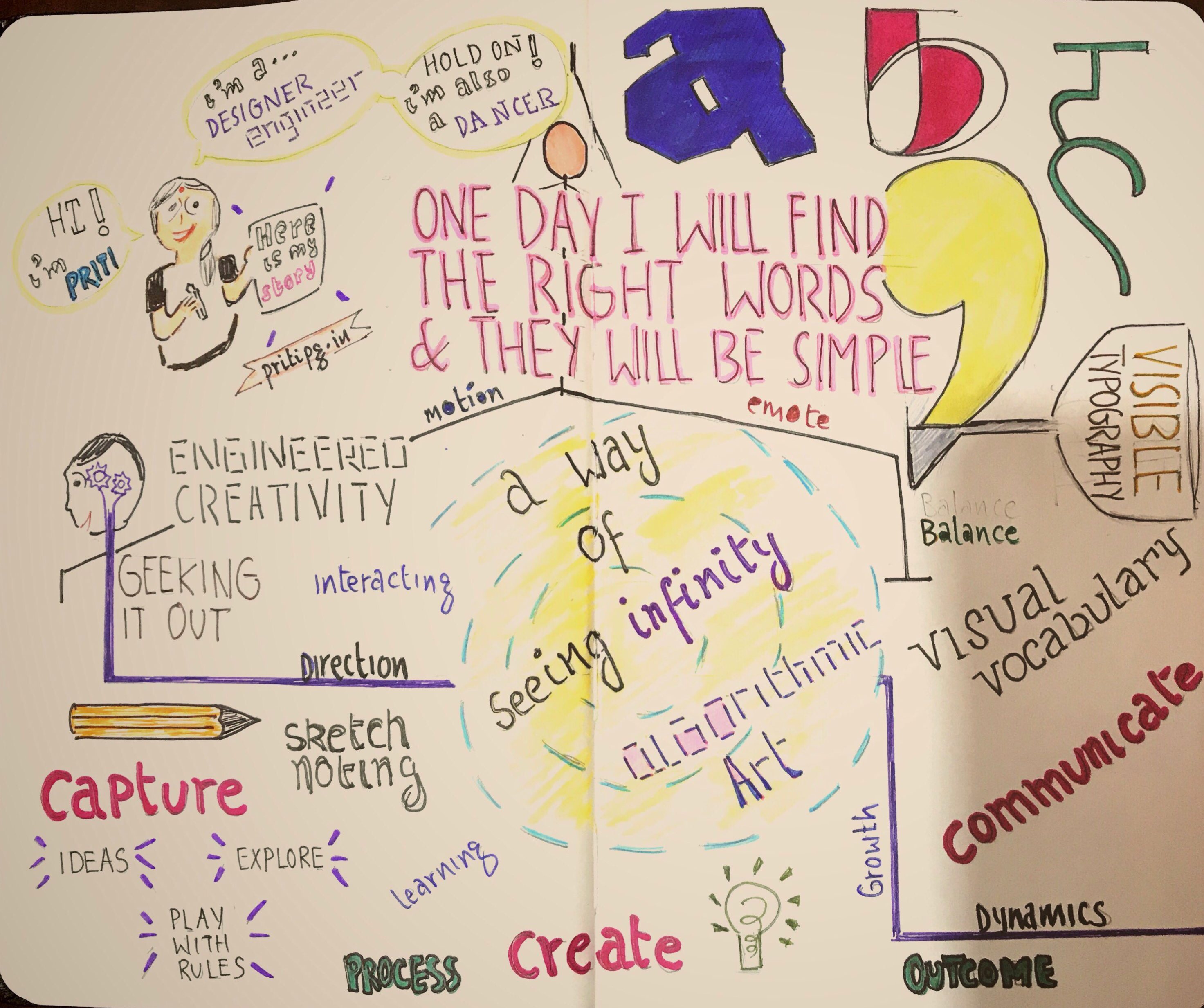 In my pre-cursor to the capstone, as part of my trans-disciplinary studio, I picked Transmedia Typography as my premise. This combined both my passion for typography and creative coding and placed it in the context of technology’s influence of typographic practice. This project in particular gave me the scope to study, experiment and practice typography beyond print media under the able guidance of my mentor Nupur Banerjee. Towards the end, I created a series of sketches that ranged from static, temporal to interactive use of typography. Due to time constraints, I couldn’t explore the depth of this field to its fullest extent. 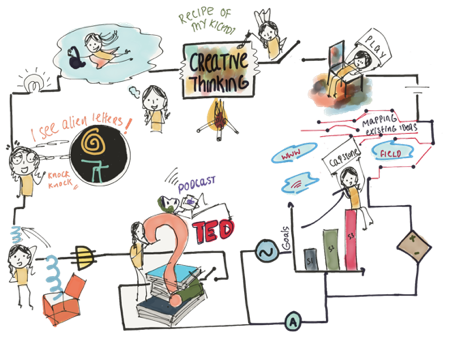